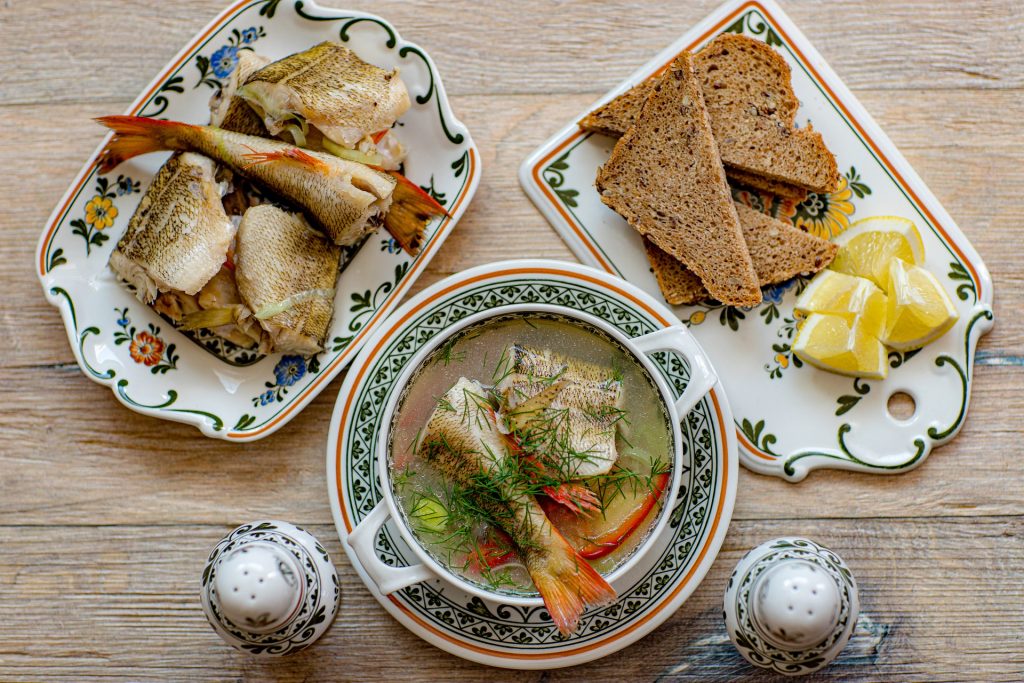 Happy Holidays! Or should I say, “Happy Eat-Until-You-Can’t-Button-Your-Pants-Anymore Season.” As we embark on the pinnacle of another holiday season, and the Thanksgiving and Christmas meal planning commences, the thought of turkey with stuffing, mashed potatoes with gravy, cranberry sauce and vegetables, ham and dressing…puts me to sleep. And it’s not the tryptophan talking!

I have never been a big fan of turkey and my holiday traditions were anything but traditional growing up. While others take great joy in cooking the same meal each year, I find myself left feeling a bit bored and disappointed by the annual routine.  So I thought I’d spice things up a bit this year with a seafood feast. After all, I am a Fishmonger and, as a Fishmonger, it only makes sense for me to fish around for other festive options.

So this week, I put on my Fishmonger hat and dove deep into the world of holiday feast traditions to discover what the rest of the world serves up during the holidays. I was hopeful that seafood was somewhere on the menu. 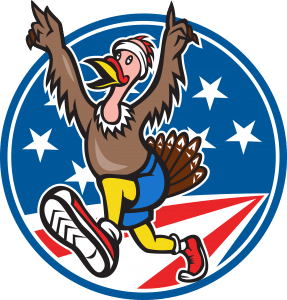 I was surprised to discover that I could not find a single holiday tradition in any country, outside of the US, that included turkey and cranberry sauce on the holiday menu. Now, I realize that turkey is primarily a Thanksgiving tradition more than a Christmas tradition, but turkey, along with ham and meat, is often served throughout the holiday season and through New Year’s Day here in the US. I also realize that Thanksgiving is an American holiday, so it’s a bit difficult to match apples to oranges, or trout to turkeys, when it comes to what other countries serve, so let’s focus on Christmas for the purposes of this exploration article.

I was delighted to find that, in many countries, two and four-legged animals are swapped for finned friends on the holiday menu. It seems that seafood is popular and highly celebrated, all over the world, during the holidays. From France to Africa and Germany to Fiji, fish is often the centerpiece on the Christmas Eve and Christmas table. 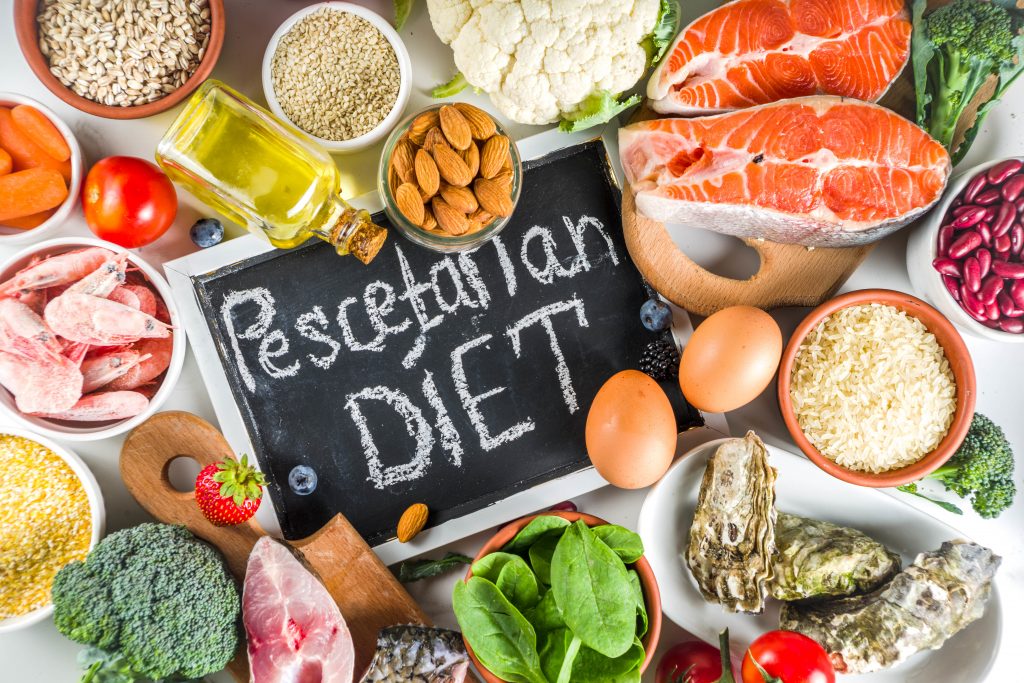 Pescatarian tradition runs deep in many countries throughout the world, especially during the holiday season. Did you know that the word “pescatarian” originated in Italy? More on that in a moment, but let’s start our holiday seafood crash course in France.

Travel to France and your holiday meal may include grilled oysters (or oysters served on the half shell), smoked salmon with crème fraîche, escargot and scallops in cream sauce, otherwise known as coquilles St. Jacques.

Drive 11 hours northwest to Germany and you’ll be served a variety of fish dishes, to include smoked salmon, pickled herring in wine sauce and blue carp (which gets the name “blue” because the fish has a bluish sheen after hot vinegar is poured over it).

Slovakia also enjoys fried carp for the holidays. Many families will even buy a live one and keep it in the bathtub until cooking time.

A few hours to the West, in the Czech Republic and Poland, a traditional soup (Czech Carp Poached with Paprika) along with fried carp, are eaten in most Czech holiday homes. According to Ladislav Provaan of the Gastronomy Museum, a Czech expert in all things culinary, “[eating carp] goes back to the 13th century, because surprisingly enough, carp is of an oriental origin. It came from the Far East, and reached the countries of Central Europe in the 13th century introduced by monks. Monasteries were farming carp because it is a freshwater fish. It was farmed in ponds and was easy to get hold of. And, crucially, it wasn’t considered to be meat. Christmas Eve in our country is still part of a religious fasting period.”

Swim North across the Baltic Sea for a lutefisk (made from stockfish or dried/salted whitefish) dinner. Lutefisk is traditionally served with boiled potatoes, mashed green peas, melted butter and small pieces of fried bacon.

On the other side of the world, on the island of Fiji, fish is cooked in a ‘lovo’. A Lovo refers to food cooked in an earth oven over hot stones. You can learn how to build a Lovo here.

Prawns are on the menu in South Africa and cooking in a braai (a wood-burning fire) is tradition. Since Christmas is a summer holiday in South Africa, seafood is often a Christmas dish, especially in coastal towns where fresh fish is available daily. According to Culture Trip, “Dishes such as crayfish tail, mussels, prawns and line-fish are typically served as starters before the hearty meat dishes.”

Let’s finish our tour in Italy where I’ll spend a bit more time. Can you blame me? I’m a Covello!

I mentioned that the word “pescatarian” originated in Italy. Did you also know that, in Italy, the holidays are celebrated with a spectacular variety of meatless multi-course menu items? Seems that I might not be the only “Covello” Fishmonger.

All around Italy, on December 24th, La Cena della Vigilia (Christmas Eve Dinner) is celebrated with an elaborate, multi-course grand meal of many fish. This popular Italian celebration commemorates the wait (the Vigilia di Natale) for the midnight birth of the baby Jesus. In America, we refer to this meal as the “Feast of the Seven Fishes.”

The tradition originated in Southern Italy where seafood is abundant. Christmas Eve is a vigil or fasting day – no meat and no dairy. Observers of the holiday would abstain from meat and dairy during the day and end with a light seafood meal for supper. While the meat and dairy fasting on Christmas Eve still continues today, the tradition has since been transformed into an extravaganza where seven varieties of fish are served, believed to represent the seven sacraments of the Catholic church. Seven is also the most repeated number in the Bible and appears over 700 times.

In the spirit of my Italian ancestors, there are no hard-fast rules for the number of fish dishes required.  In fact, some places in Italy serve 13 or more for La Cena della Vigilia.  Popular menu items include mussels in spaghetti, fried calamari, anchovies, sardines, whiting with lemon, scungilli, lobster Fra Diavolo, capellini with tuna sauce, branzino, sole, shrimp scampi and eel. Dried, salted cod is also typically served, but each region seems to have its favorites.

Go fish! At the very least, incorporate pescatarian accents into your holiday meal. With the endless and delicious seafood recipes available on our recipe page, in our upcoming cookbook and online, you can put together a “shell” of a good seafood meal.

To get you started, I’ve put together a holiday menu consisting of my favorite dishes from a traditional Italian La Cena della Vigilia.

Dolci (sweets)Although it’s not fish, but no meal is complete without this course!